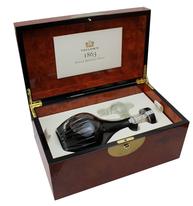 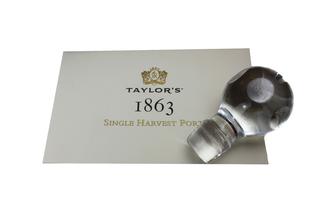 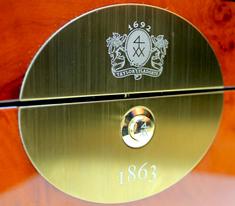 Regarded as the last great Port harvest before the spread of Phylloxera in the Douro, the 1863 wood aged Port will be offered to the market following its launch in Hong Kong on 26 May, London Wine Fair on 3 June and New York on 4 June. It is presented in a bespoke crystal decanter in a wooden presentation box with a maple burl veneer and a certificate signed by Taylor’s Chief Executive Officer, Adrian Bridge.

Taylor’s is recognised as the leading producer of Aged Tawny and possesses one of the most extensive reserves of cask aged Port of any shipper. Over the years, Taylor’s has added to these reserves, seeking out and acquiring some extraordinary parcels of very old wood aged Ports which are used to enrich its 40 Year Old Tawny blend, including some rare and valuable wines from the 19th Century.

Four years ago, Taylor’s released Scion, a very rare pre-Phylloxera Port. The success of Scion has created a strong global interest in rare single wood-aged Ports which is why Taylor’s decided to make another limited edition release from its collection, a rare Single Harvest Port from 1863.

Adrian Bridge commented, "This remarkable Port is like a time capsule, offering a fascinating glimpse into a distant past.” He added, "The 1863 has been in wood for over a century-and-a-half and is a piece of wine history. Thanks to the perfect ageing environment of the lodges in Oporto it is perfectly balanced and shows an extraordinary vitality.”

Taylor’s 1927 vintage port is one of the most sought-after and expensive of all vintage Ports, and this wine, …

The 1927 Taylors Vintage Port is neither too young nor too old but just right. It has a gorgeous floral, …

This is a very rare wartime vintage in excellent condition.
A very dry winter followed by a cold …

Excellent level in very top shoulder.
A tiny production from a very good year, the 1920 Taylor …