The Oldest Known Winery In The World

In the mountains of south-east Armenia, near the village of Areni, is a cave complex known as Areni-1. This complex was home to the amazingly well-preserved 5,500-year-old leather shoe found in 2008, as well as an ancient winemaking facility excavated two years later – the oldest known winery in the world. 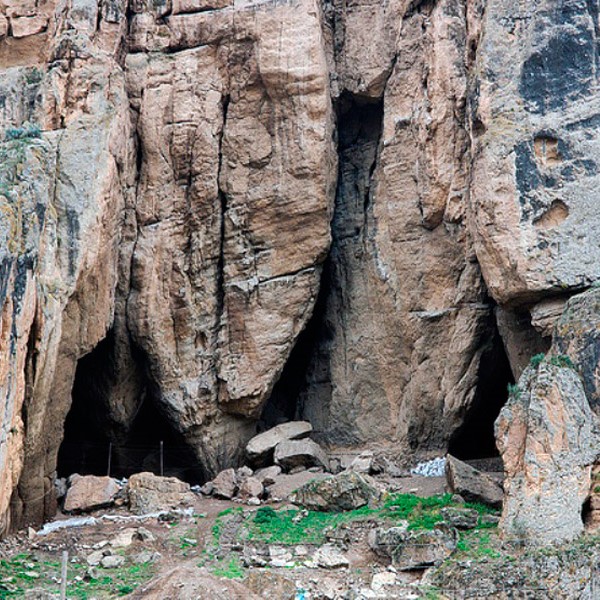 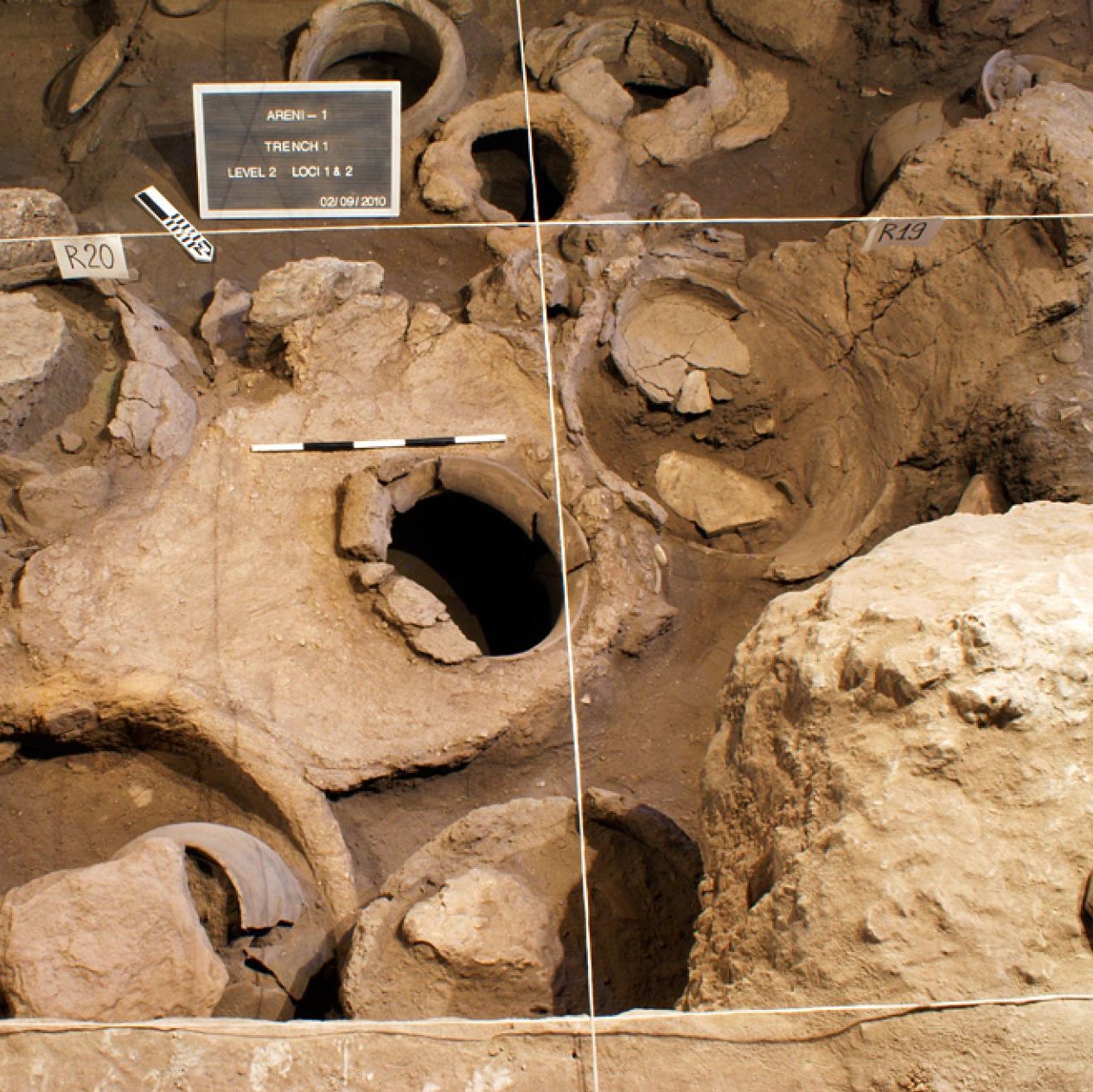 The Arenia dig site revealing a basin and draining vat.

The cave contained a wine press (where the grapes were trodden), vessels for fermenting and storing wine, drinking cups and even old, shrivelled grape vines, skins and seeds – which, interestingly, were from the same species of grapes used to make wine today. In 2010, three years after its detection underground, archaeologists uncovered a vat two feet deep, buried next to a shallow meter-long basin with elevated edges; the grape juice from the basin was designed to drain down into the vat and ferment, before being transferred to jars in the cool, cellar-like cave and finally drunk. All this equipment has been radiocarbon-dated to around 4100 B.C., so is about 6,100 years old – a full millennium older than the earliest comparable site, at the tomb of ancient Egyptian King Scorpion I! The vat and jars were also tested for the presence of malvidin, a pigment that produces wine’s colour, and found traces within. 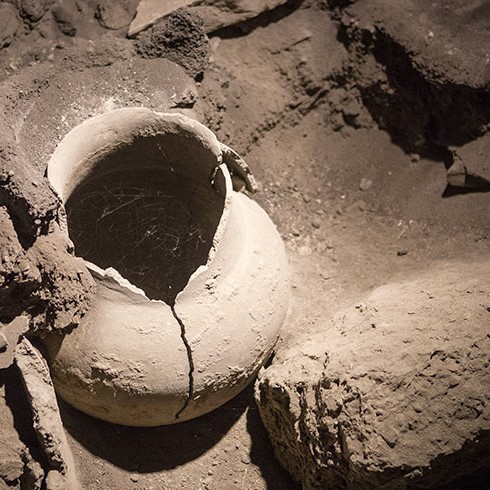 A wine vessel found in the Areni-1 Cave Complex.

Historians believe that wine back then had a much more ritualistic aspect to it and was used in burial ceremonies and funerals, which is backed up by the presence of twenty graves (identified so far) and a cemetery around the area, often containing their own drinking cups. According to Patrick McGovern, biomolecular archaeologist at the University of Pennsylvania Museum and author of a book on the origins of wine, the presence of a facility using domesticated vines as far back as 4100 B.C. fits with previous studies. DNA has previously indicated to historians that the mountains in the area of what we now call Armenia and Georgia were the birthplace of viniculture. Interestingly, McGovern even speculated on the taste of the wine made in the Areni-1 cave system: a taste like ancestors of the dry, red-producing Pinot Noir grape.

Here at VWP we have managed to get our hands on a very special bottle, a mysterious 1877 wine we believe to be from Armenia and pictured below. The country is mostly well-known for its brandy wines, and we (think) we have managed to decode the word brandy from the bottle… However, that’s all we’ve managed to get from it. We would love your help to understand what exactly is within – if anybody out there has any knowledge of Armenian and can read the stencilling, please let us know! 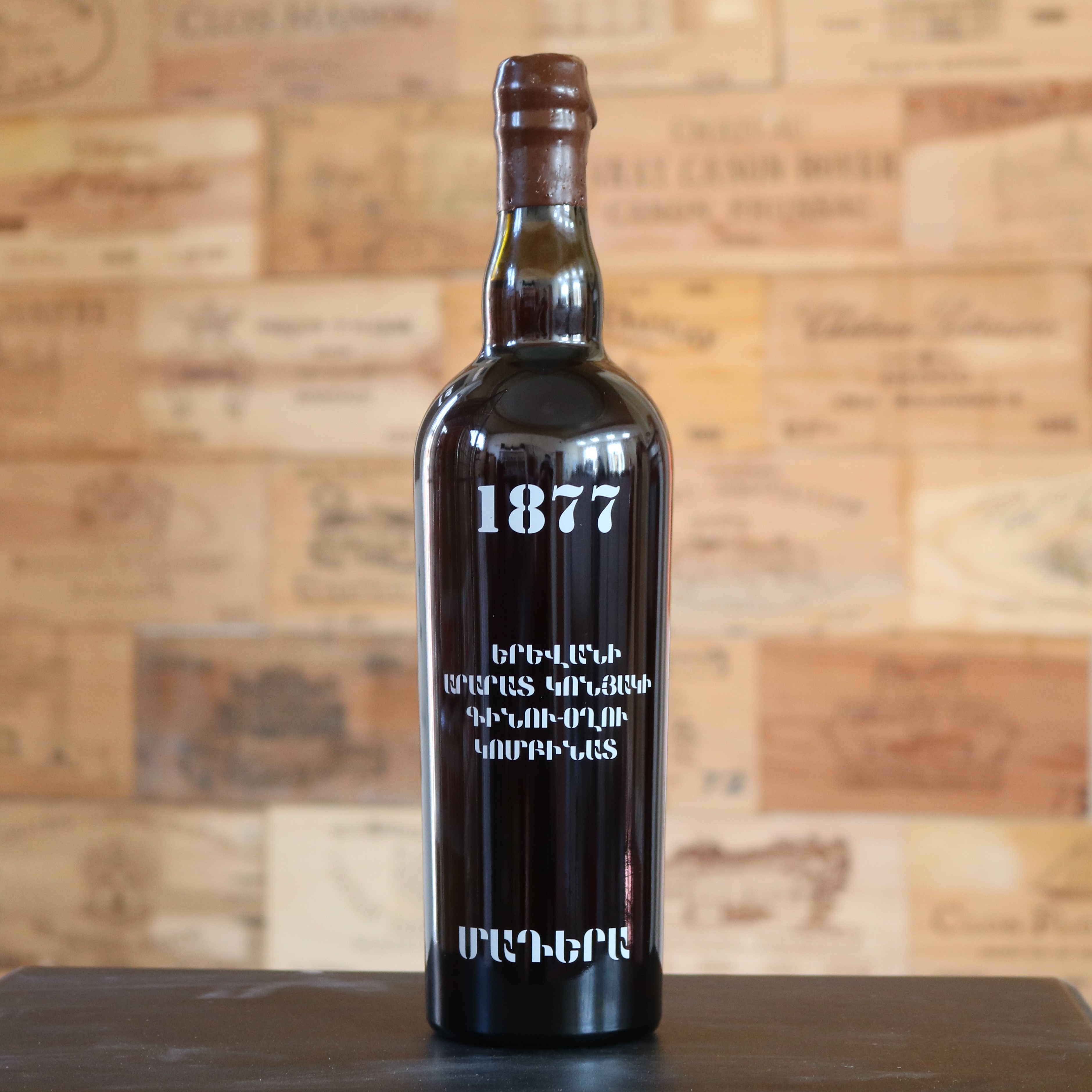