Sherry is a fortified wine made primarily from the Palomino grape, but also using Pedro Ximénez or Moscatel for sweeter styles. The name comes from an Anglicisation of the Denominación de Origen, the area in which the wine is created: Jerez, an area around the city of Jerez de la Frontera in southern Spain.

A brief overview of the Solera method of ageing.

Generally not bottled as single vintages, Sherries are created using the ‘solera’ system of ageing. This system blends wines of various ages over extended periods of time, resulting in a consistent output. As wine is removed from the oldest barrels (those on the floor level, hence the name ‘solera’ - Spanish for “on the ground”) for bottling, the volume is replaced from the next-oldest level of barrels (the second level up), and the volume from those replaced from the third level. Each level is referred to as a ‘scale’. This process continues for as many scales as the individual winery uses, with any new wine created being added to the top, youngest, scale. The method creates a consistent level of wine, refreshing each barrel each year and providing a product with an average age which increases gradually, the speed of its ageing depending on how many scales are used. 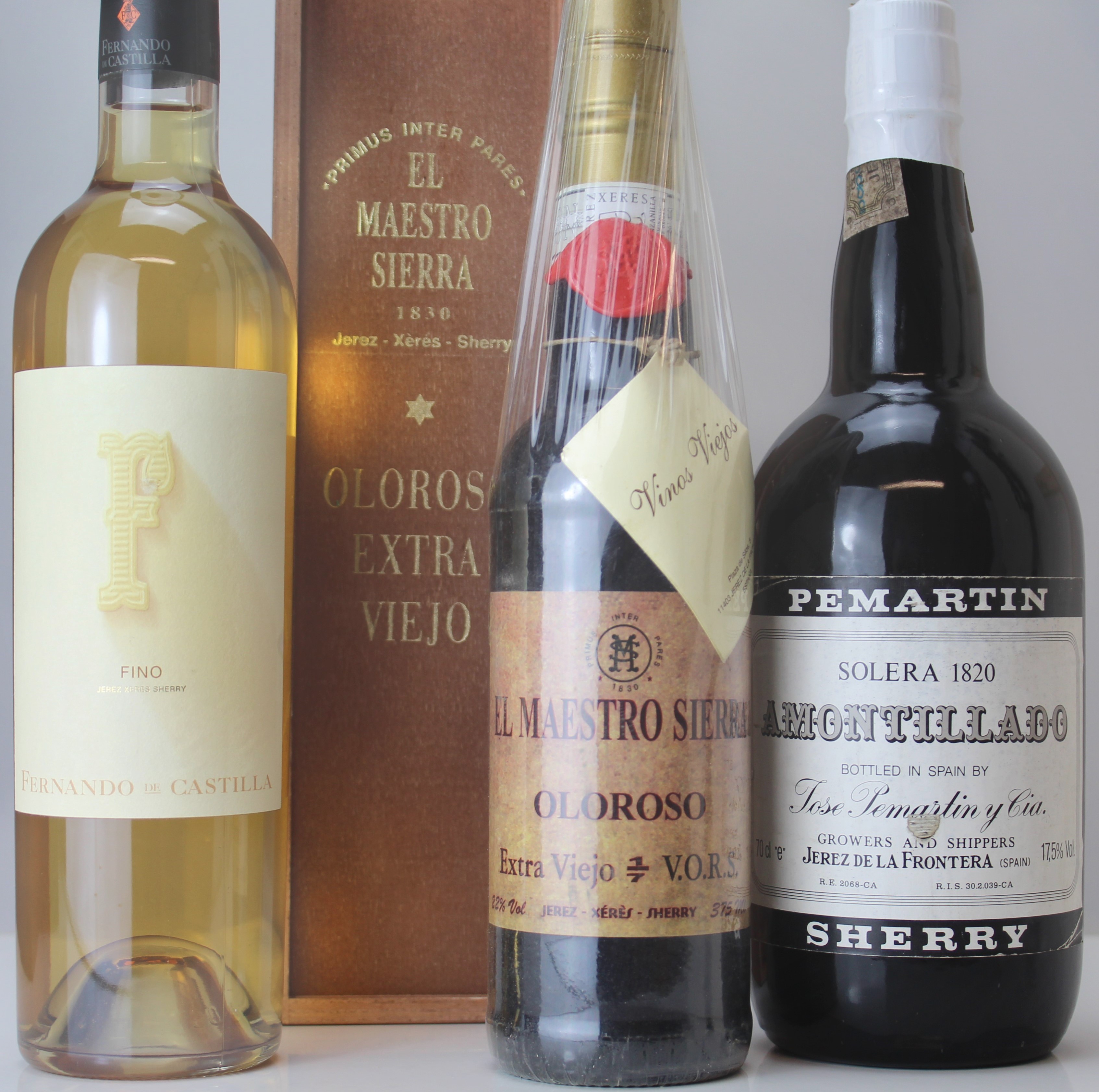 A few of the Sherries available here at VWP.

Fino is the driest variety of Sherry, as well as the most clear and pale. Although the wine is aged in barrels, it sits under a layer of flor (a variety of yeast) which prevents air coming into contact with the liquid. Manzanilla is a lighter variety of Fino, produced around the area of Sanlúcar de Barrameda. Fino Sherries are sometimes aged in barrels with transparent fronts, for the benefit of tourists and consumers who are interested in seeing the flor for themselves.

Amontillado is a variety which begins ageing under flor, much like Fino, but subsequently loses the yeast ‘cap’. This can happen by accident, if the flor doesn’t develop adequately, or if the flor is removed by choice through malnourishment, filtering or fortification. Once the flor is removed, the wine will oxidise slowly through the barrel – the process being slowed by a second fortification to around 17.5% alcohol (if the flor wasn’t killed by fortification originally). The slow oxidation after ageing beneath flor results in a wine which is darker and richer than Fino, but less so than Oloroso. 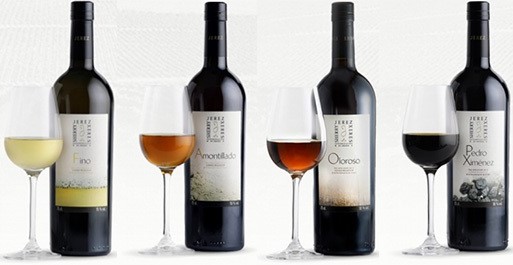 The four most well-known styles of Sherry: Fino, Amontillado, Oloroso and the Jerez Dulce Pedro Ximénez.

Palo Cortado is less common than Fino, Amontillado or Oloroso and finds its place somewhere between the latter two: it is a style aged as an Amontillado at first, before gaining qualities more characteristic of an Oloroso. This, similarly to Amontillado, can be achieved by accident or design upon the death of the flor in its barrel which protects the liquid from air contact.

Oloroso is fortified early on to kill any flor present, then aged in a barrel allowing oxidation for a much longer period than Fino or Amontillado. This results in a style which lacks the fresh yeasty taste of Fino or Amontillado, but with increased effects of oxidation – a much darker, nuttier and richer wine. The oxidative process requires more fortification to manage, and so Oloroso Sherries are usually the most alcoholic of the varieties at around 18-20%. This process is similar to the creation of Tawny Ports, and results in the familiar nutty flavours associated with oxidation.

Jerez Dulce (Sweet Sherry) is made with more naturally sweet grapes – Pedro Ximénez or Moscatel – to create an incredibly sweet, thick wine with a deep, dark brown or black colour. Alternatively, sweet Sherries can be made by combining a drier variety of wine with a sweeter one, or with unfermented grape must (juice). Pale Cream, Medium and Cream Sherries are created in this way; by blending Fino, Amontillado or Oloroso (respectively) to sweeten them. Therefore, while a Fino, Amontillado or Oloroso will always be a dry style, if sweetened they will become Pale Cream, Medium or Cream Sherries respectively.

Sherry is traditionally drunk from a ‘catavino’, a small tulip-shaped glass which concentrates the wine’s aromas in its brim. When sampled directly from the cask, a ‘Venenciador’ (named for the ‘venencia’ they use as their tool) will insert their silver cup into the barrel through its bung hole, capturing a sample of the wine inside before pouring it with a flourish, from head height into the catavino. This image is synonymous with Sherry itself, and recognised the world over even by newcomers to the wine style. 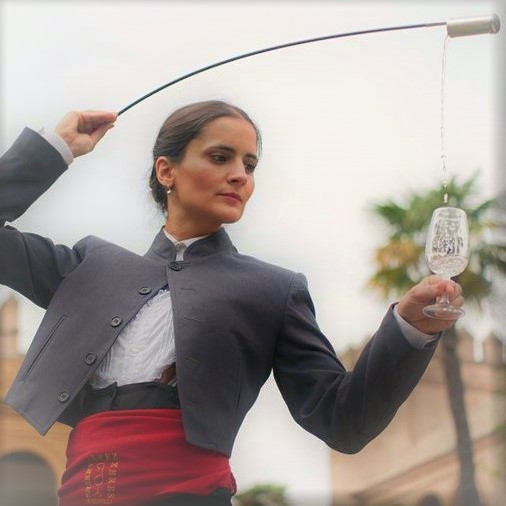 A Venenciadora pouring Sherry from the venencia to the catavino with characteristic flair.

So, there you have it - a brief introduction to the world of Sherry. We at VWP are opening up our cellars to stock more of Jerez' finest, so if you would like to get your hands on a bottle simply search 'sherry' in the box at the top of the page!