Laphroaig distillery is an Islay single malt Scotch whisky distillery. It is named for the area of land at the head of Loch Laphroaig on the south coast of the Isle of Islay. The meaning of the toponym is unknown, but a commonly suggested etymology includes the elements "lag" (Gaelic: hollow), "breid" (Norse: broad) and "vik" (Norse: bay), implying an original Gaelic form something like "Lag Bhròdhaig" (the hollow of Broadbay). The name may be related to a placename on the east coast of Islay, "Pròaig", again suggested as meaning "broad bay". …
more >>> 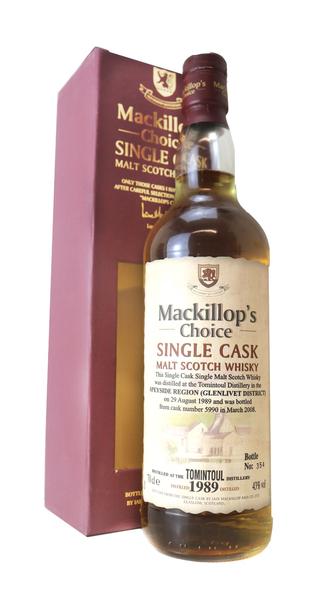 This rare single cask single malt scotch whisky was distilled at the Tomintoul Distillery in the Speyside region (Glenlivet District) on 29th August 1989 and was bottled from cask number 5990 in March 2008.
more >>>

This very rare Highland single malt was laid down at the now silent Glenlochy distillery in 1977 and bottled by Gordon & MacPhail for their Connoisseurs Choice series in 1997.

The Lochy is a river that flows through the Highland town of Fort William. Glenlochy was built in 1898, but after years of uncertainty during the 20th Century, the distillery finally closed its doors during the tough 1980's in 1983. Characteristics: Peaty, fruity and creamy.
more >>>

A 1965 vintage, distilled at Glen Mhor and bottled in 1997 by Gordon & MacPhail. The distillery closed in 1983 and bottles are becoming increasingly hard to find.

The stills of Glen Mhor fell silent in 1983, along with those of the neighbouring distillery Glen Albyn. It was in 1980 that Diageo acquired Glens Albyn and Mhor respectively, demolishing them both several years later to make way for a shopping centre. Glen Mhor sits more or less atop the Caledonian Canal, the 62 mile man-made waterway which cuts a course from Inverness to Corpach. The whisky distillery was Scotland’s first to install a Saladin Box, a malting device which proved thoroughly economical for quite some time. …
more >>> 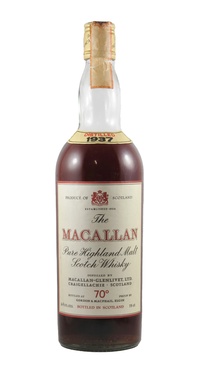 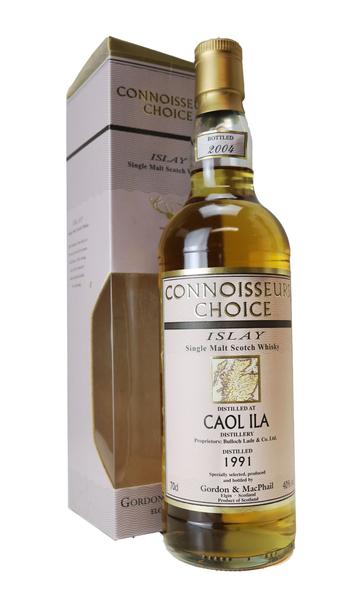 Malt whiskies from Islay are the most powerful in aroma and flavour. Their strong peaty, briny character make them ideal malts for savouring. 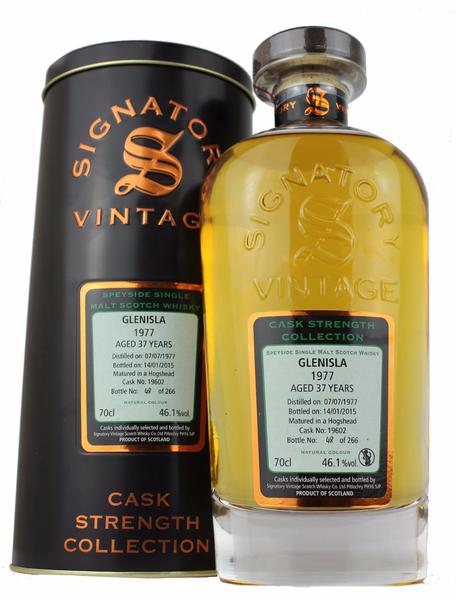 Pencil shavings, waxy apples, buttercream frosting, smoked cheese and burnt cinnamon on the nose. A touch of rubber, too. More buttery elements on the palate with brandy butter and apple strudel. Apricot yoghurt gives it a fruity character, whilst tree buds and toasty wood smoke balance out the sweetnes leading to a very long finish with under-ripe pear, green banana and clove.


This is a rare independent bottling of Glenisla single malt Scotch whisky (which is experimental peated whisky from the Glen Keith distillery - they no longer produce it), presented by Signatory. It was distilled back in July 1977 and set aside to mature in a single hogshead cask. …
more >>> 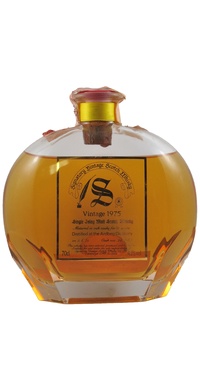 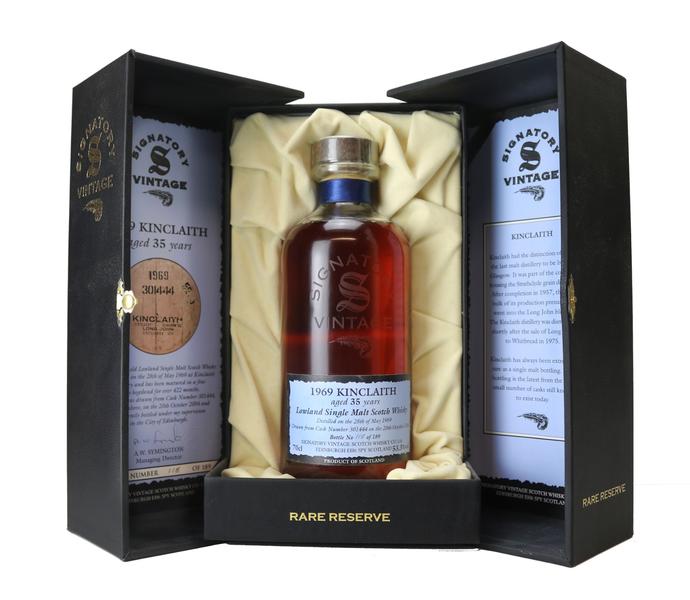 Kinclaith had the distinction of being the last malt distillery to be built in Glasgow. It was part of the complex housing the Strathclyde grain distillery. after completion in 1957, the vast bulk of its production presumably went into the Long John Blends.

Kinclaith has always been extremely rare as a single malt bottling. This bottling is from a very small number of casks still known to exist today.
more >>>