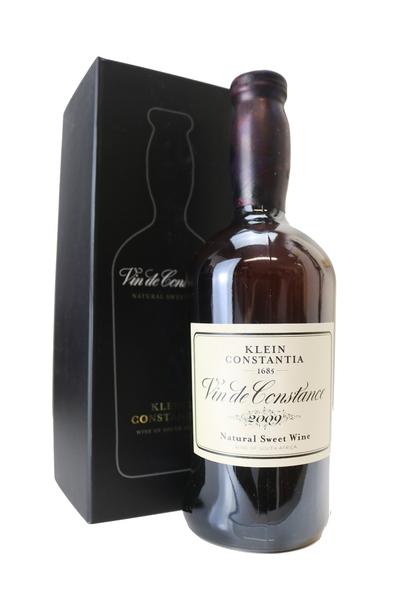 Since being introduced in 1986, Vin de Constance has consistently appeared in lists of the world’s top wines.
The wine is made by grapes grown on the foothills of the cool climate hills of Constantia. “The grapes are left to hang to dry on the vine and only the best bunches are selected and hand-picked,” reveals winemaker Matthew Day. “At the end of the growing season, the individual berries or raisins are hand picked to make the essence, the very heart of the Vin de Constance.”

In 2009, harvest began in late January and ended in late April, yielding 25 separate batches, each macerated and fermented differently. After fermentation (which took between six months to a year), the batches were aged on the lees in a combination of 60% new French oak, Hungarian oak and French Acacia oak for four years prior to blending, bottling and labelling by hand.

Production of Vin de Constance is extremely limited, and only occurs in exceptional years. There will be no 2010 vintage, for example, which is all the more reason to savour the 2009.

Day describes the wine as follows: “Golden orange in colour, with delicate aromas of nougat and honeycomb. The palate has a fresh acidity with flavours of Seville marmalade and elegantly dried apricots. These fruity notes are married with sandalwood and allspice giving us an aromatic, but yet an elegant and endless finish.”