A 2004 vintage port wine. We are thrilled to be able to offer Nacional 2004 at the same time. Christian fell in love with the wine after harvest, so the wine was declared but not released. Kept instead under the watchful eye of Technical Director Antonio Agrellos to see how it developed. Considering the pedigree, it comes as no surprise that the wine lived up to their expectations, and so now, 10 years after the harvest, the 2004 is ready for release.

The maturation was marked by an initial period of very hot and dry weather that preceded August 15th. It was then slowed by cooler temperatures and rain in the second half of August. After this period, with a very hot September and again with the help of two days of rain, maturation exploded in the second half of the month to reach very high degrees in sugar content well above 20º!

The harvest took place on September 20th until October 20th in glorious sun, with the exception of two days of rain towards the end. In general terms, the health conditions of the vintage were excellent which helped the essential sorting of the grapes.

The resulting wine was immediately noted as outstanding, but now 10 years from harvest is worthy of release as Nacional.

“Deep dark ruby with wild blackberries, violets and liquorice on the nose. Full-bodied with layers of concentrated ripe fruit flavours and tons of fine tannins exploding in the mouth in total harmony. A very long and powerful finish.” This wine will reward patience for as long as can be mustered.

Q. Do Noval Director Christian Seeley :
“Although we declared Quinta do Noval Nacional 2001 officially in 2003, … 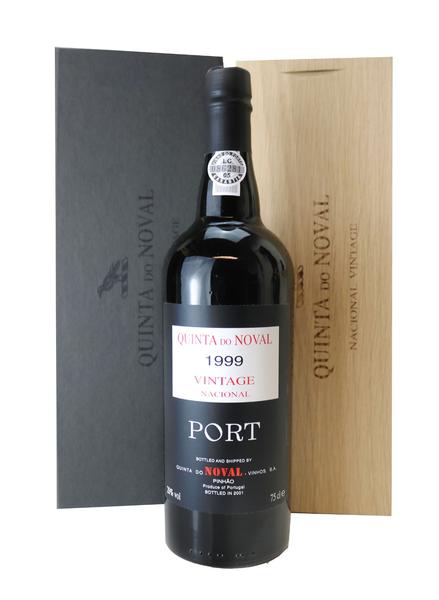