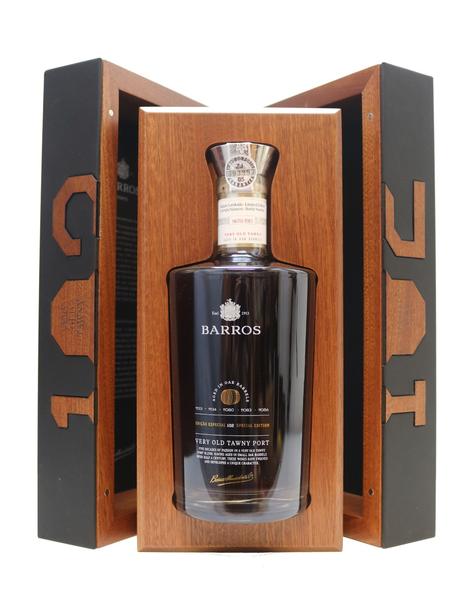 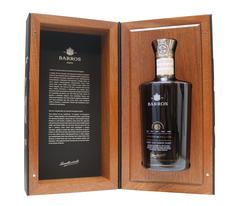 This limited edition tawny port is blended from five different vintages from each decade from the 1930's to the 1970's representing 5 decades of passion, talent and art. Having aged in small oak barrels over half a century, these wines have evolved and developed a unique character. This exclusive blend is limited to 1913 bottles only!

This is a sublime port with a medium tawny colour (50% opacity) a slight cedar and mahogany notes as a result of its duration in casks. The wine is full bodied with a soft rounded texture. On the palate there are notes of dried fruits, caramel and a touch of mocha. The finish is immense.

Reviews: 95 Points Mark Squires Wine Advocate.
The NV Very Old Tawny Port 102 is another in Barros's special anniversary releases—they had a 101 and a 100 previously. They will be made through "105" in coming years. This is a blend of five Colheita Tawnies from the 1950s to the 1990s, with each subsequent release getting younger. For instance, the last release I saw, the "101," covered the 1940s to the 1980s. It comes in with a fancy bar-top cork and 146 grams of residual sugar. Lighter styled but fresh, delicious and wonderfully elegant, this is along the same lines as the "101," but perhaps a bit fresher. It is beautifully done, delicious and lingering, lifted and precise. It doesn't have the big mid-palate old tawnies often do, but everything else makes up for that. Barros tends to be a bit understated in style generally. This is balanced enough to make you want to drink it all night. But it is Port—so, that's a mistake. There were 1,913 bottles produced—the founding date of the producer.