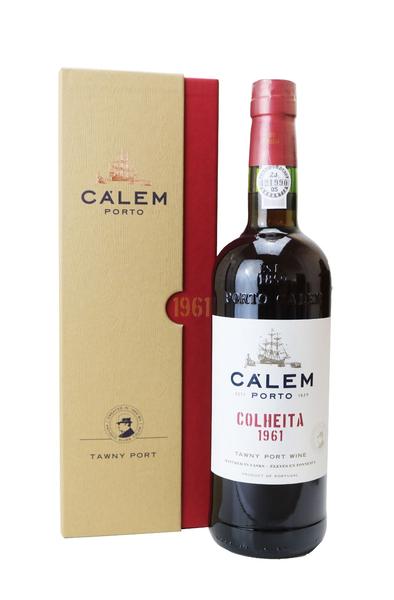 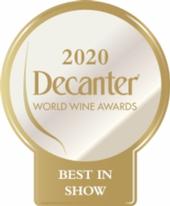 A fabulous gift for a 60th anniversary. The 1961 Calem is an award wining Colheita Port from the 1961 harvest that has been stored in barrels for most of its life before being bottled in 2020. It is in perfect condition and will keep for many years to come.

Reviews
Decanter Best in Show Winner.
"This single-vintage tawny port is older than its 40 Year Old Best In Show sibling, but the fact that it is unblended (and has perhaps spent time in glass as well as barrel) gives it a very different character: lighter, more graceful and more fugitive, yet at the same time refined, long, graciously but not cloyingly sweet, and with a succulence and silkiness rarely rivalled by other fortified wines. You might choose to drink it because you were born in 1961 - but almost any other excuse would do just as well."

E Robert parker (on the 2015 Bottling).
he 1961 Colheita Tawny Port, the new November 2015 bottling seen in the USA for the first time, is a field blend coming in at 129.7 grams per liter of residual sugar. This is lovely, a bit understated but more and more impressive as it goes along. It is rather impressive how graceful this old Tawny is. Taste it on its own and you'll swoon even more. By far, the best part of this was its elegance and its impeccable balance. It is not immediately a powerhouse or an attention-getter, but its harmony and caressing, velvety texture make it simply sensual and lovely, even as it increases in power as it sits on the palate. Then, it does what old Colheitas always do--shows off that complex medley of flavors on the finish and the increasing power that allows the flavors to linger endlessly. The complex finish is the most important selling point here for sure. There are bigger ones, more concentrated ones and more dramatic ones. Depending on your preferences, you might well prefer this. It becomes ever more impressive as you sit with it, its balance and graceful demeanor being its calling cards.