"1961 may have been the greatest vintage of the 1960s but 1964 is remarkable for its balance,’ said Angelo, noting that 1999 and 2004 were similarly notable for their unusual combination of both quality and quantity. This was quite stunning – what a treat for all 200 of us to enjoy a 45-year-old wine in such brilliant condition. So harmonious and velvety, yet still with great freshness. Sweet, mild – a great testament to a winemaking dynasty." 18.5/20, Jancis Robinson.com

Barbaresco is one of the great wines of Italy's north-western Piedmont region. This aristocratic red has its vineyards situated in the Langhe, on the right-hand side of the Tanaro river and extending from the area north-east of Alba to the communes of Barbaresco, Nieve and Treiso. The dominant variety grown is Nebbiolo, but Dolcetto and Barbera also play a part. The vines are generally grown on limestone-rich marl soils. similar to the Tortonium soils of the Barolo and La Morra areas in Barolo. Similar to its more famous sibling Barolo, Barbaresco is made from 100% Nebbiolo and shares its cult status as one of the finest wines in the world.

From the good 1964 wine vintage, the Chateau Talbot has a good level.
Reviews.
Colour was good, nose … 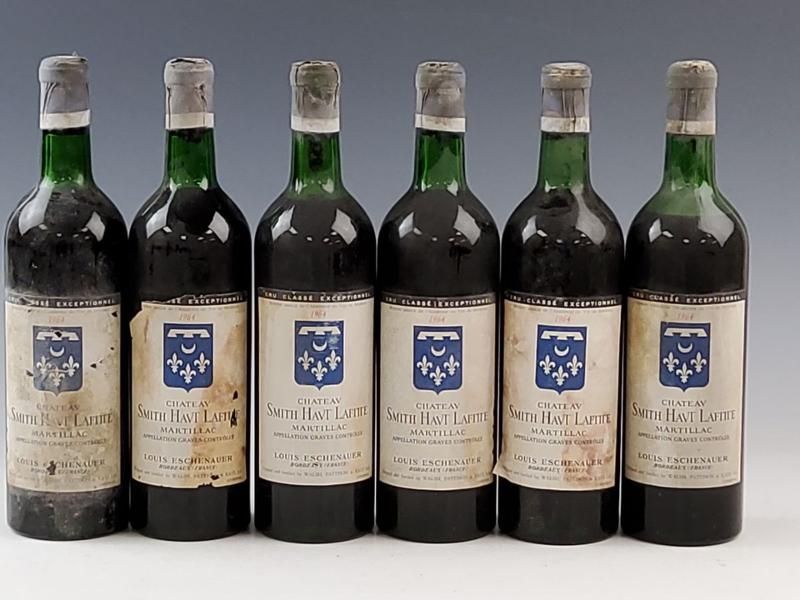 The 1964 Smith Haut Lafitte was fully mature decades ago and has gracefully declined into an old wine with a mahogany core, …