'The 1975 Sercial, which was bottled in October 2015, has a mellow bouquet with hints of toffee apple, sea spray and hazelnut. It is very focused and refined, nothing too showy here. The palate is fresh and citric on the entry: sour lemon mingling with dried honey, orange zest, walnut and a touch of tobacco. There is appreciable weight in the mouth, refreshing as Sercial can often be, with a focused, marine-influenced finish. This is a refined, almost understated Sercial, as much cerebral as sensual.'
Robert Parker 2016-07-01, 91 Points.

Blandy’s Sercial 1975 was aged for 40 years in seasoned American oak casks and as with all the family’s vintages, this wine started its ageing process in the warm high attic floors of the lodge in the centre of Funchal. Over the 40 years, the wine passed down from the warmer top floor of the Blandy’s Wine Lodges, the “Sotão de Amendoa” where it spent the first 5 years, to the second floor for 20 years and finally to the cooler first for the remaining 15 years. The art of finding the right balance between concentration and the freshness of the wine lies in the winemaker’s decision when to transfer the wine to the lower cooler north facing floors of the lodge.

Cellarage & Serving
This wine should be stored upright in a dark room with constant temperature, ideally no higher than 16ºC. As the wine is completely stabilized, it is recommended to pull the cork at least 2 day before enjoying this wine. Decanting will help remove any deposit that may have occurred in bottle over time. A wine that should be enjoyed not higher than 17ºC. 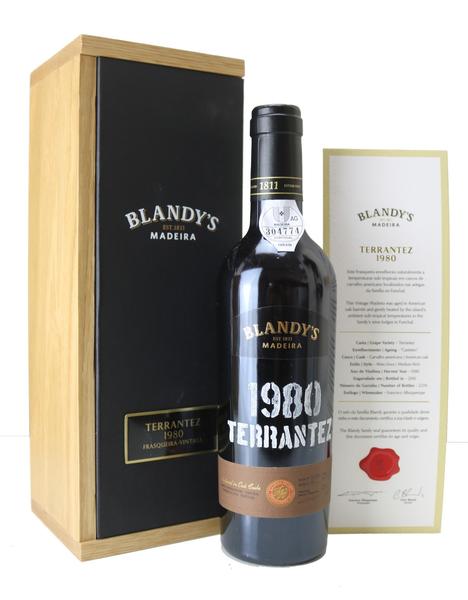 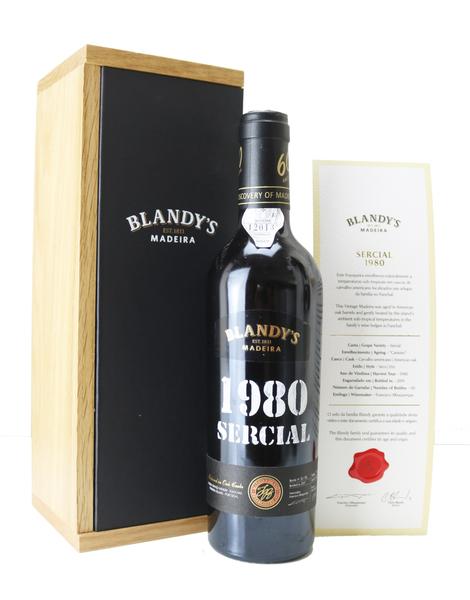