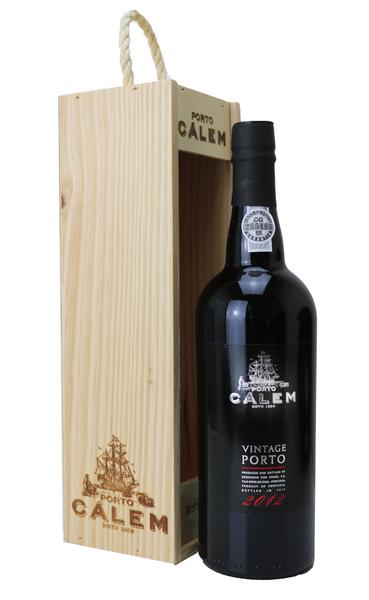 The Cálem 2012 Vintage Port Wine is noted as having aromas of “black fruit and hints of spice and cocoa” with a “robust and sweet” palate. It is a blend of 30% Touriga Naçional, 30% Touriga Franca, 30% Tinta Roriz and 10% Sousão.

Reviews:
91 Points eRobert Parker Mark Squires (Apr 15)
The 2012 Vintage Port is a roughly equal blend of Touriga Nacional, Touriga Franca and Tinta Roriz (30%), with Sousão (10%). It comes in at 88 grams per liter of residual sugar. This is a rather dry Port on paper and the only declared 2012 Vintage Port for those submitted by Sogevinus this issue. It was just a better vintage there, Sogevinus said. Frankly, as compared to the Kopke and the Burmester at least, also reviewed this issue, it is pretty close, depending on when you stop airing them out. I would have to agree that this is the best, however, after retasting them all the next day: First, it has the most weight, by a small margin. It has the best balance, too. Finally, and particularly, it is the most expressive and vibrant in the character of its fruit. Only the Kopke in the Sogevinus lineup really projects that demeanor, but this adds just a bit more concentration. After a sweet start, its lifted and well-integrated demeanor becomes more impressive, ending in a wonderfully juicy and subtly concentrated finish. If it is not quite the superstar of the group, it probably does have some bragging rights. It is pretty nice overall.

Winemaker and oenologist, Carlos Alves, said: “2012 was an unusual year. Exceptional wines from the Douro Superior but some imbalance in Cima Corgo and Baixo Corgo. 2015 wines have a vibrant acidity and demanded an extensive and detailed work at the winery.” 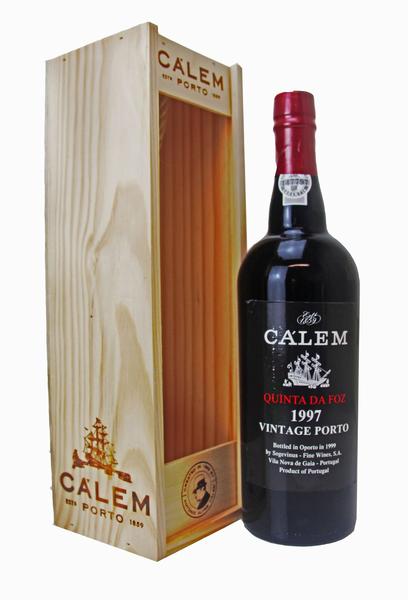 This Port wine from the outstanding 1997 vintage has a beautiful and intense ruby red colour with nuances of purplish red, … 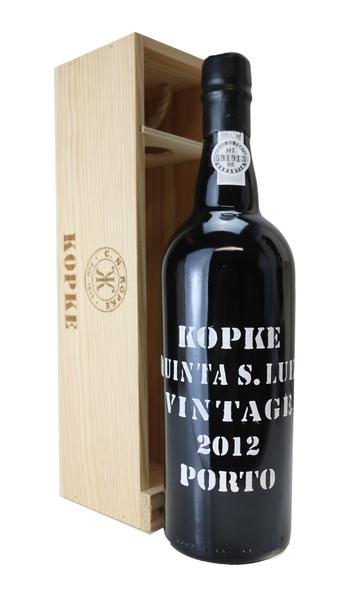 Cálem Classic Vintage Port, from the Douro Superior, reflects a myriad of terroirs that make up the …

The 2012 Barros Vintage port has a deep ruby colour with purple edges and aromas of ripe black fruits and fragrant notes. …