Carmignano (car-meen-YA-noh) is a commune about 13 miles (20 km) west of Florence. The wine region of the same name includes both Carmignano proper and the neighboring commune of Poggio a Caiano. The wines of Carmignano have a history dating back to Roman times and were well known in the Medici court during the Renaissance. In fact, it was reportedly Catherine de’ Medici, who reigned as Queen of France in the mid-1500s, that introduced Cabernet Sauvignon in Carmignano. For centuries, the wines of Carmignano continued to blend a portion of Cabernet with Sangiovese, in stark contrast to the rest of the Chianti zone.

The Nebbiolo has a lovely earthy bouquet. The nose has cherries, dark cherries, tar and slight dried rose notes. … 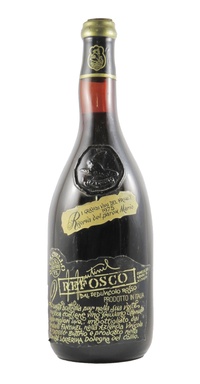 The 1975 Corbin Michotte is a very mature old Bordeaux. There is still plenty of deep, dark fruit richness …