Vintage Port:
1989 was not a general declaration of Vintage for Ports. However this was a good year that produced some attractive, full bodied single quinta wines with plenty of appeal. A Port like our 1989 Messias Vintage Port , recommended by our wine buyer, makes an excellent 31 year old wine gift for a 31st birthday or anniversary. 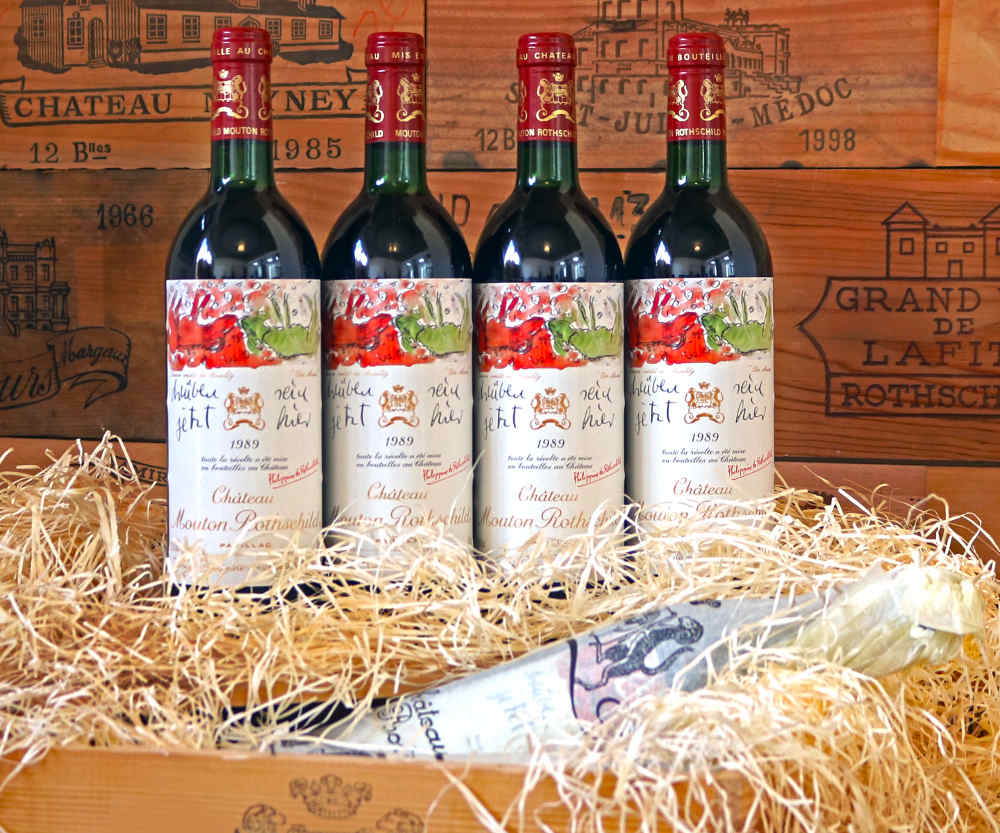 The 1989 vintage was the middle year of a successful run of three vintages from 1988 to 1990. The vintage is now regarded as an excellent vintage for Bordeaux. As with the other successful vintages the weather was kind with a long, hot, dry summer ripening the grapes. The conditions seemed to favour St Julien, Pauillac and Pomerol but not so much Margaux. The wines from this vintage are generally characterised by high tannin levels, low acidity and high alcohol levels due to the ripe grapes. Our recommendation would be a luscious sweet and long-lived 1989 Sauternes .

Champagne: The 2nd in a trio of great vintages. Spring was early and was followed by ideal growing conditions with a very hot summer leading to a large crop of very ripe and healthy grapes being harvested in September and October. The champagnes are rich, luscious and soft, being exceptionally appealing in youth but also possessing enough rip and acidity to reward extended cellaring. In style, and character, the champagnes are reminiscent of the glorious 1982 vintage.


Portugal: 1989 was a very hot year in Portugal. The summer was extremely warm which led to an early harvest under ideal climatic conditions. There are some some excellent dry wines produced from this harvest. Our recommendation is the 1989 Poco de Lobo Cabernet Sauvignon , fully mature and still drinking beautifully.

Spain: The 1989 Wine vintage in Spain was above average and many fine wines were produced. The winter of 1988/9 was very cold, dry and frosty - one of the driest of the century. There were heavy frosts at the end of November which affected some of the vines, causing an irregular budding the following spring: Viura was worst hit, with some damage to Tempranillo and less to Garnacha vines. Spring, by contrast, was very warm with the vines developing early and setting taking place in Rioja Baja in the first week of June, with the rest of the region following suit in the next two weeks. The summer was hot but, as so often, afflicted by hailstorms over quite wide areas of Rioja Alta and more localised parts of Rioja Alavesa. However, by the end of summer the vines were estimated to be two weeks in front of a normal year in development terms. The vintage started in Rioja Baja on 6th September.