The Various Sizes of Bottles 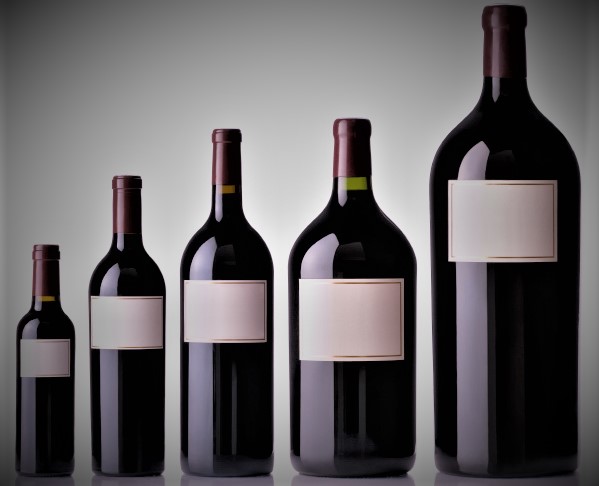 Different sizes of bottles have traditionally been known by some iconic names, so we’ve made up a list of some of the most common. Beginning with the smallest, a Quart is aptly named as it contains only a quarter of the volume of a standard bottle – usually around 18.75cl, or one and a half standard glasses of wine.

Similarly simply named, a Half Bottle is just that: a bottle half the size of the standard. At 37.5cl, this is enough for three standard glasses of plonk.

One standard bottle, the size seen on shop shelves everywhere, is 75cl and is used as the basic bottle size for wines. A Magnum, however, is double this; at 1.5L, they contain around twelve standard glasses. From here on out the names are less practical and more Biblical – all derived from famous (or infamous) figures found in the Torah, the Quran and the Bible, and even one from Greek mythology! All accounts of namesakes below are according to these texts (obviously).

The next size up from a Magnum is known as a Jéroboam, coming in at 3L. The bottles’ namesake was the first king of the northern Kingdom of Israel, also known as Samaria, after the revolt of northern Israeli tribes against their previous monarch. The previous King of Israel, Réhoboam, was the son of Solomon and grandson of David. Reduced to being king of the southern Kingdom of Judah after Jeroboam’s kingdom’s secession, Réhoboam lives on as the namesake of the 4.5L bottle, the next size up from that of his rival. 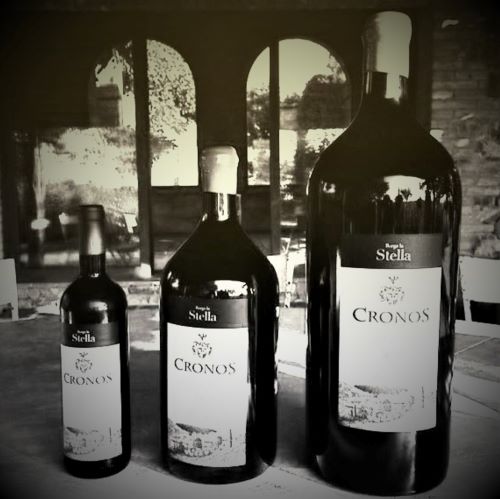 From left to right: A Standard Bottle, a Jéroboam and a Mathusalem (or Methuselah).

The 6L bottle, equivalent to eight normal-sized wine bottles in one, is known as a Mathusalem, Methusaleh, or Methuselah depending on where it is found. Nowadays the name Methuselah is synonymous with longevity, as he is reported to be the oldest-surviving figure of the Bible. Before his death at the ripe old age of 969, Methuselah was the son of Enoch and grandfather to Noah.

Weighing in at 9L is the next size: the Salmanazar. Salmanazar was named for the Assyrian king Shalmaneser V, infamous in religious texts as the invader of the northern Kingdom of Israel (Samaria), who took many Israelites into captivity during his reign as monarch of Assyria.

At 12L is a bottle with a more saintly predecessor; the Balthazar. Balthazar is traditionally known as the name of one of the three Biblical Magi, the three kings/wise men who visited Jesus at his birth to present him with gifts. Balthazar, also referred to as King of Arabia, gave the gift of Myrrh to the child. All three Magi are now known as saints.

Another infamous figure, Nabuchodonosor, often known as Nebuchadnezzar in the modern West, was the longest-ruling king of Babylon. In power when his armies took the capital of the Kingdom of Judah, Jerusalem, and destroyed the First Temple erected by King Solomon, Nabuchodonosor is referred to in the Book of Jeremiah as “destroyer of nations” and has a bottle of 15L named for him.

At 18L, the next size of bottle has two names. Generally used for champagne it can be called a Solomon, or (again, generally) for wine, a Melchior. King Solomon features in Christian, Islamic and Hebrew texts as the son and successor to David, and father to Réhoboam. He is also seen as a prophet by some, and in the Quran as a major prophet under the name Sulayman, son of David. Melchior, the size’s other name, is from the figure who was (along with Balthazar) one of the three Bilbical Magi to visit the birth site of Jesus. Melchior, the oldest of the three saints, gave the gift of gold.

Sizes upwards of the Melchior are notoriously difficult to agree upon and corroborate across different Houses and regions. Some are known by different names in different areas, some - like the Souverain - may even only be used by one or two producers worldwide. However, the largest of all is named the Melchizedek or the Midas. This size’s namesakes are from two different theologies: Melchizedek is in religious texts as a king of Salem and priest of El Elyon, translated to God Most High. As High Priest he broke bread for and blessed Abram, and it was to Melchizedek that Jesus was compared when being identified as High Priest forevermore. Midas, on the other hand, was a figure in Greek mythology – the king with the golden touch. It is said that, after praying for the power, he was granted the ability to turn anything he touched into gold – including his daughter and any food he tried to consume, which according to Aristotle led to his death by starvation shortly afterwards. This size of bottle contains 30L of wine, the equivalent of forty standard-sized bottles!

Hopefully this has helped some of you come to terms with the various sizes we sometimes come across in the wine industry - some rarer than others, although perhaps that is a good thing; delivering a Melchizedek would be a bit difficult, even for us!