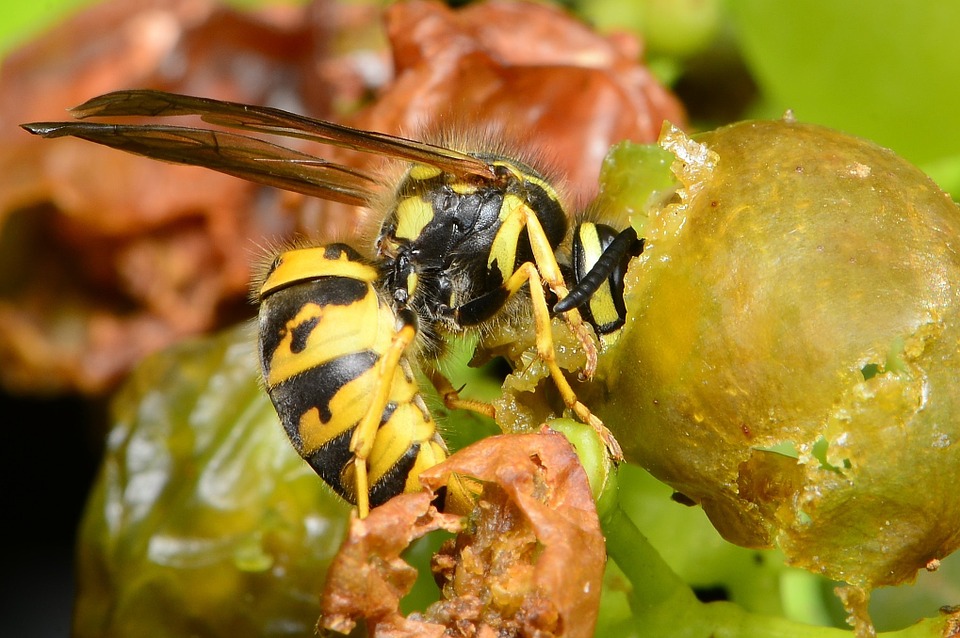 Who here likes wasps? I know I don’t… but I also can’t dislike them, because without wasps where would we be? In a world of less painful summers, true, but also a world of less quaffable wine.

It’s a fact that plenty of people have written about, but nobody seems to talk about: wasps are key to wine production, and without the little caution-coloured critters we couldn’t enjoy our glass nearly as much. Saccharomyces cereviciae is a fungus used in the production of plenty of consumables, including wine and beer, usually referred to as Brewers Yeast. Brewers Yeast is found growing on fruit like grapes in the summer, particularly towards the end of the season, but it’s delicate – if the temperature drops too low, it will die off and never revive. That’s where our testy little friends come in; they love grapes, so when the fruits ripen the wasps move in. The little guys eat up as much ripe fruit as they can, ingesting S. cereviciae in the process, before taking their spoils back home to feed the children. So now, the yeast has a new home for the winter: the bellies of their yellow-and-black-striped buddies. However, the adult wasps only give the yeast a way to survive the cold seasons, not a way to return to its former glory in the coming summer – which is where the larvae take over. Having been fed on the lovely ripe fruit by their elders, the yeast present is sent further down the line to survive and thrive in a younger model, before the new generation of wasps flies out and brings the yeast back to the budding fruit in the new year.

Irene Stefanini and Leonardo Dapporto of the University of Florence decided to research this phenomenon, capturing female wasps during each growing season and before their winter hibernation, the most obvious and impressive example of the phenomenon being after the females were fed a strain of yeast which glowed in the dark. After their hibernation, the yeast was still visibly glowing within the wasps – and in their larvae too, who hadn’t been fed by the scientists. Following their study, the pair wrote that wasps “can maintain a potentially unending transmission of yeast strains.”

So, there you have it. Without wasps, we wouldn’t be able to enjoy our beer, bread or (some may say most importantly) wine in the same way – and I for one am eternally grateful!