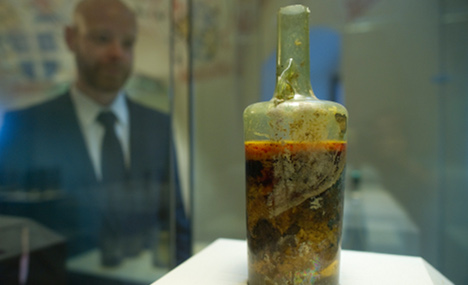 We at VWP sell wines that date back hundreds of years, even as far as the mid-1700s – but there is one bottle which, compared to our eldest, is a true Methuselah. The Speyer Wine Bottle, or Römerwein, found its home in Germany in the Historical Museum of the Palatinate in Speyer in the late 1860s.

Dating back to sometime between 325-350 AD, the wine was found during an excavation in 1867 of a Roman nobleman’s tomb in one of the oldest settlements in the area. The tomb contained two sarcophagi, one for a man and one a woman, and together both contained sixteen vessels – but the Römerwein alone still contained liquid wine. Although the magnum-sized bottle has remained unopened, so as not to destroy its contents, scientists and experts have done what they can to analyse it from the outside. The general conclusion is that the wine within was diluted with a mixture of herbs, and so its taste can’t be speculated over; but regardless, the loss of its ethanol over time and the sheer age of the wine mean that, as Oenological professor Monika Christmann put so eloquently, "Micro-biologically it is probably not spoiled, but it would not bring joy to the palate."

The wine may owe its survival to the presence of thick olive oil and a mixture similar to rosin (a resin made from heated tree sap) above the liquid, as well as a wax seal on the neck of the bottle, which together have successfully protected it from the outside air thus far. Being from the 4th Century put this wine among the world’s oldest – and it is in fact the oldest liquid wine ever found, although dry residue of wine has been found to date back as far as 6,000 BC! 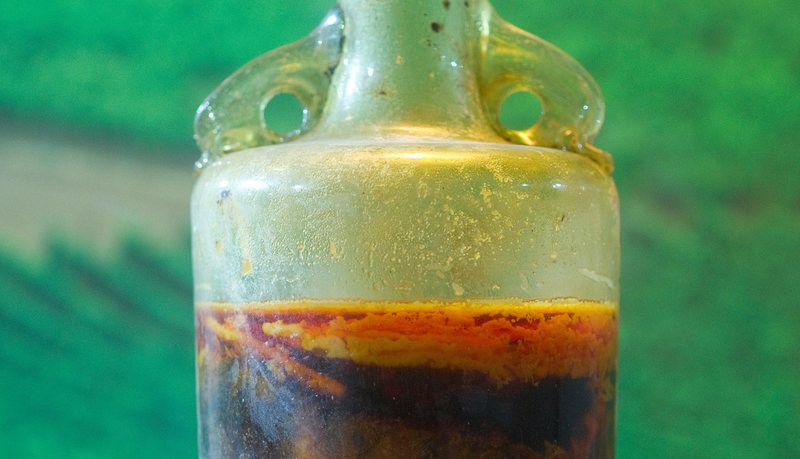